My Dad’s a Goldfish – Glimpses from the past

I know, I know, I’m hopeless at posting regularly! I really meant to put a new post up days ago but I’ve been doing a bit more rummaging through photos and papers in what the DH calls the Dad Archive.

As well as finding lots of army photos, I’ve come across paperwork from those days including the order of service when the Lovat Scouts were stood down in Greece, a lovely reference from his Commanding Officer and his Lovat Scouts cap badge.

I’ve not found any photos for the period from when Dad left the army to when he went to live on Islay where he worked for the next eight years. He took many, many photos on Islay including colour slides (not sure how to deal with them so happy for advice if anyone knows) and he loved life on the island. I think if it hadn’t been for me, he’d never have left. In those days – 1950s – the school only went up to Primary 7 after which pupils had to go to the mainland and be boarders. Mum wasn’t keen on this idea (to think I might have had the opportunity to fulfil my dream of going to boarding school –  though in fact I’d have been at an ordinary secondary school and staying in lodgings) and when a vacancy on the mainland came up, Dad applied and we moved in 1960.

This time, I’m leaving the army days behind (though I’ll come back to them) to show some of the photos from the Islay days. This is where I was born and lived for the first seven years of my life. 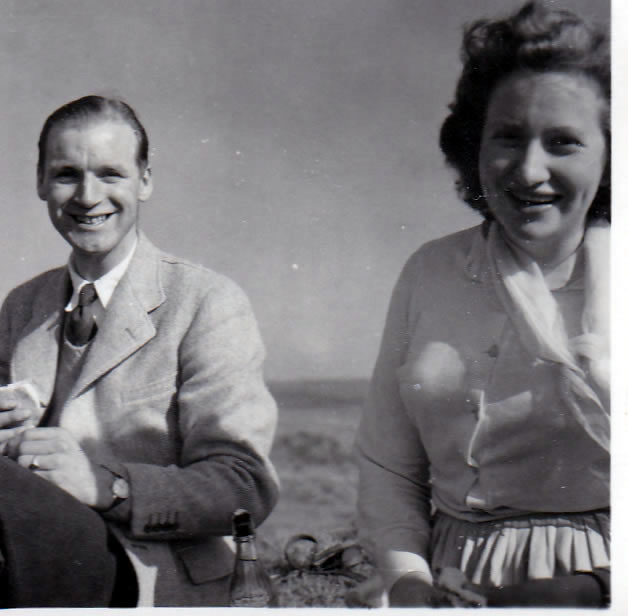 Dad and Mum on a picnic on Islay 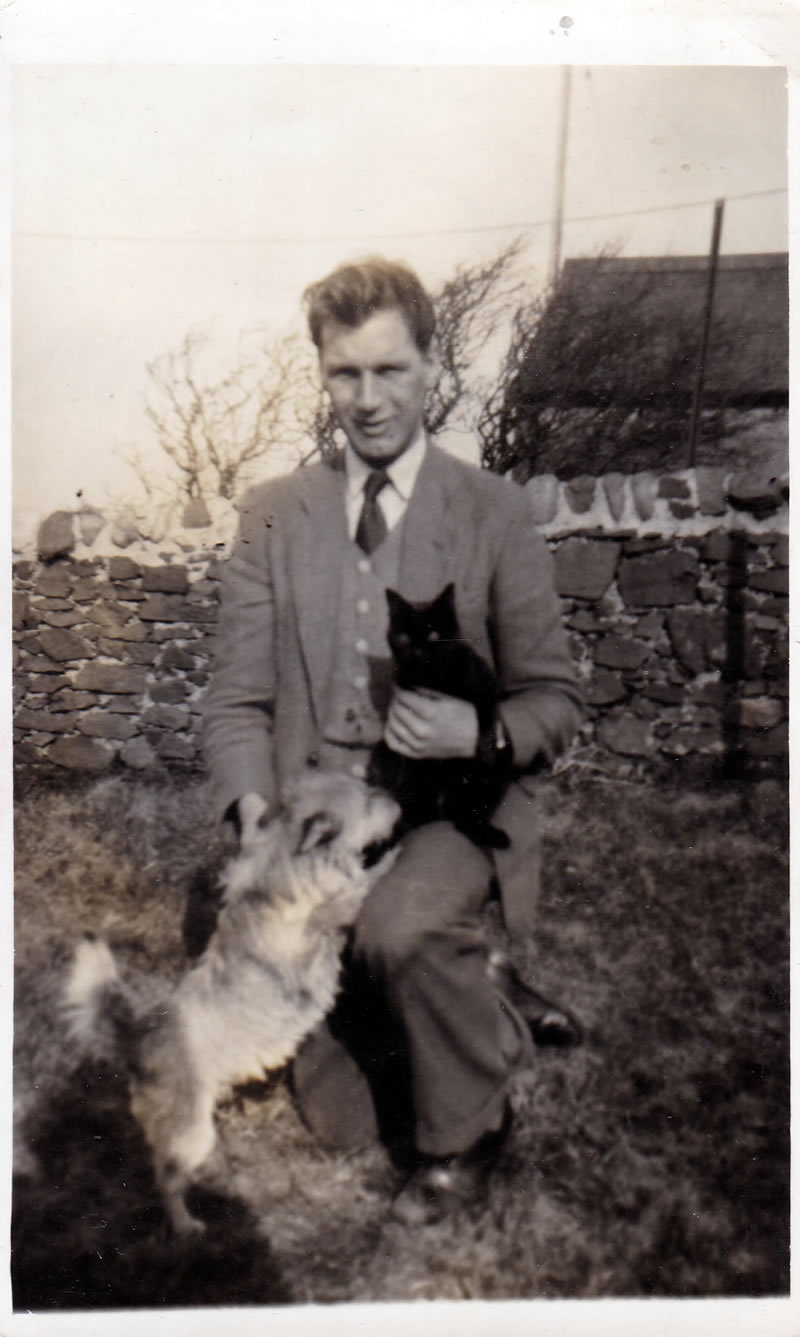 Dad with Betsy the dog, who growled if Mum tried to chastise me, and Blackie the cat named with enormous originality 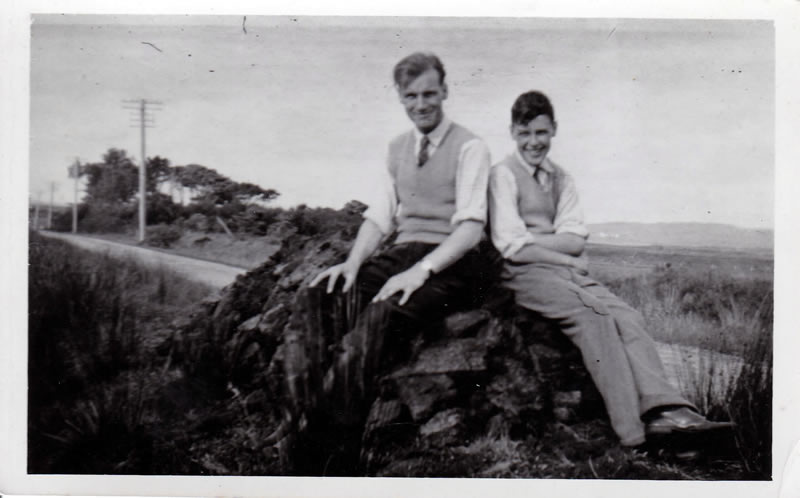 In full song at a ceilidh in our house, Bowmore, Islay. Dad with his arm round someone who was not his wife! Both of them smoking!! 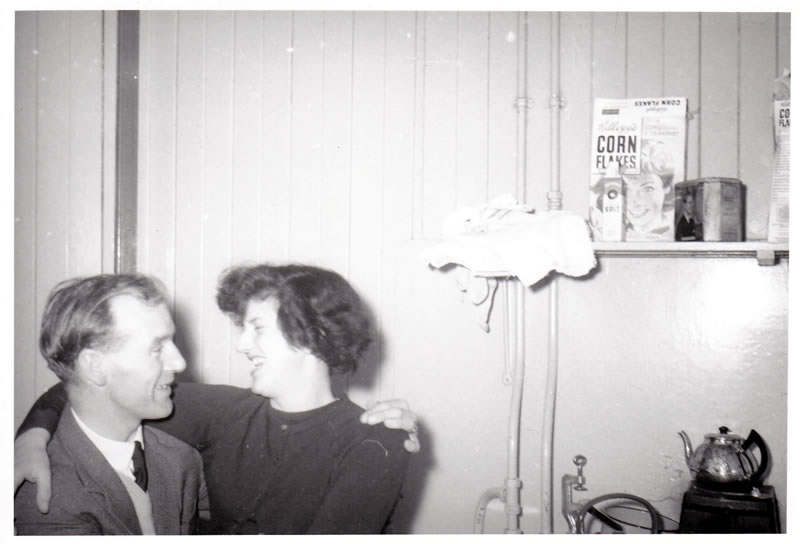 All the best parties happen in the kitchen. Beside the packet of Corn Flakes is our tea caddy which had a picture of the Queen on one side and Prince Phillip on the other. I always thought (when I was young) Dad looked like Phillip. 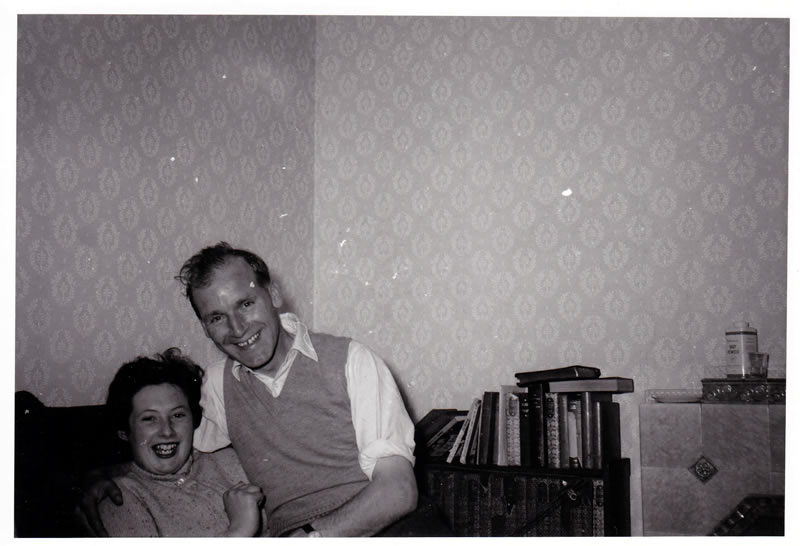 Now, he’s got his arm round yet another woman not his wife! I was going to say it was possibly before I was born but I think that’s a tin of baby powder on the mantelpiece.

Christmas or New Year – whichever, a good time was being had. 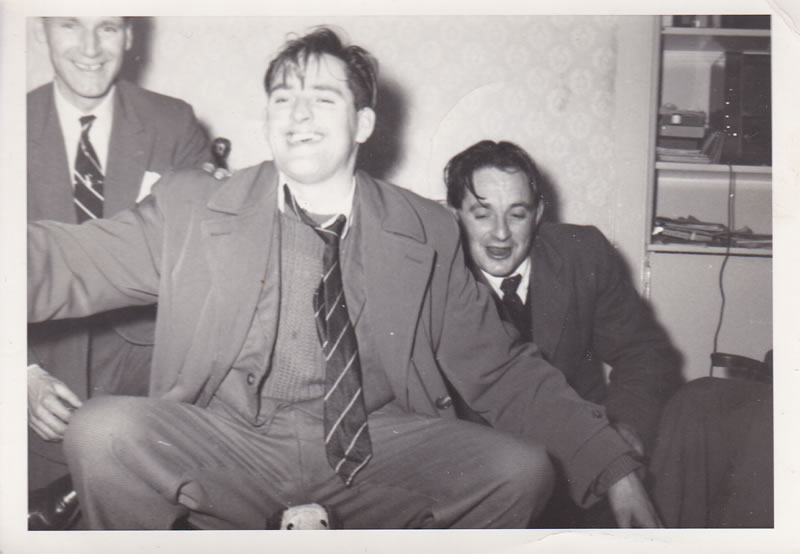 I love that they still wear their ties however wrecked they are! And the man in the front is sitting on Paddy, my dog on wheels with which I learned to walk.

I hope you’ve enjoyed this glimpse into Dad’s past on Islay. When I look at the ceilidh pictures I’m reminded of when I found a Gaelic CD at Dad’s. I put it on and within minutes he was singing along, though it was about sixty years since he’d last heard those songs.  The power of music and song. 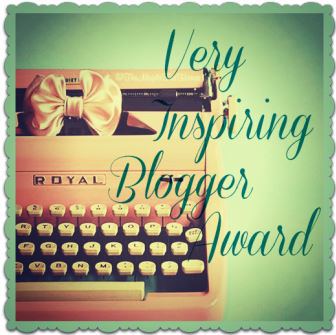