My Dad’s a Goldfish – gallstones saga

This is a long post and is part one of a two-part post. This describes the events which I believe triggered the metamorphosis into the Goldfish.

Saturday, January 20, 2007. Around 9pm, the Step-monster (though the monster title had not yet been entirely conferred at this point) called to say dad had severe stomach pain. The DH went to see him, found him in agony and called NHS 24. A doctor arrived within a couple of hours, thought it might be pancreatitis, gave a morphine injection and agreed it would be quicker for the DH to drive to the hospital rather than wait for an ambulance.

Maybe he arrived at the hospital doors sooner, but the admission process was no quicker. DH phoned with an update about 1am to say junior doctor had been round, had bloods taken, a drip put in and a ‘nil by mouth’ rule in place. Next update was to say dad had vomited but was dozing as the morphine kicked in. DH arrived home sometime after 2am.

Sunday 21 January. No doctors around this afternoon. Wee-sis went in at night. Reported back that dad was very confused.

Monday 22 January. Ultrasound followed by diagnosis of gallstones. The doctor is treating the inflammation and infection with antibiotics and hopes surgery won’t be necessary. If he sticks to a low-fat diet future episodes may be avoided. I hope someone will convince Step-monster of the necessity to put the frying pan and deep fat fryer into retirement. He was dozy when I visited but as he’s had nothing to eat since his evening meal on Saturday, it’s not surprising. The god-like creature called a consultant has not been to see him following the ultrasound so no one would cancel the fasting order. I managed to speak to someone else’s consultant who said he could have a cup of tea. By then the trolley was on its way out of the ward. I chased after it, managing to procure a cup of tepid, stewed brew.

Tuesday 23 January. It’s difficult visiting dad – so hard to find anything to talk about. It’s as if he’s shutting down mentally, living in his own private world. They’re keeping him in until he’s sorted out including eating properly. It might help if they fed him. Still nil by mouth. Apparently they are still considering surgery once the inflammation has cleared.

Wednesday 24 January. Dad’s condition is so bad now that that when they decided to operate after all, the anaesthetist said it wasn’t possible. His kidney function is not good. He has not eaten since last Saturday’s evening meal – well, he’s had two cups of consommé and two bowls of jelly. Other than that it’s sips of water and a drip. Now they’ve inserted a catheter so he doesn’t even get out of bed to go to the loo. They say they don’t want to give him food as that will start the production of bile and possibly worsen the gallbladder condition.

Thursday 25 January. He now has the additional complication of a lung infection. They decide to drain the gallbladder. Excruciatingly painful procedure for him. We are at our wits’ end. Can’t ever find a doctor to talk us through what’s happening. Nurses know nothing – or aren’t allowed to discuss anything.

Friday 26 January. The drain came out during the night so the poor man suffered that painful process for nothing. Today he has swollen up like a balloon – stomach, arms, legs all bloated – kidneys not functioning well…. it’s like everything’s shutting down. He’s been moved to the High Dependency Unit. What a difference! Why can’t they be like that in other wards? Totally different attitude – nurses who introduce themselves to dad, talk to him, joke with him and listen to him. He was already a bit brighter tonight. The doctor even came in to see him after she went off duty.

Saturday 27 January. Spoke too soon. Went in this afternoon. Dad totally out of it – hallucinating, rambling, and with no idea where he was. This wasn’t the usual sense of confusion, which we’ve noticed sometimes when physically he is not well, like last year when he had pneumonia. This was weird. It’s hard to explain. If you heard him you would have thought he was perfectly lucid. He talked about the doctor taking him out in the car to a town not far from where we live, picking up a hitchhiker – a student – described the house where they went, talked about there being a special place inside the car door for the urine container, the noise from the student’s room – on and on he went.

This afternoon only one staff nurse was on duty. He was talking to another patient’s family and pointedly ignoring me. Finally, apologising for interrupting, I explained my concerns. He said: “Oh, they all get confused.” I said this kind of confusion was really not normal (is there a normal confusion?) but he shrugged off my worries. I left the ward, burst into tears and phoned the DH, crying hysterically that they were killing my father.

When DH phoned the ward the staff nurse downplayed our concerns. DH asked him to call a doctor and nurse got really shirty saying he didn’t have time to call for doctors every 5 minutes. DH went to the hospital and found a duty doctor who took a message to one of the doctors who is on dad’s team. She had been in surgery and it was after 10pm when she went to see dad. She had to sedate him because he was by then so agitated he was trying to remove the drip and his catheter so he could leave the hospital.

28 January 2007. Dad not so confused and temperature down so looks like infections are clearing. The doctor who finally saw him last night said she thought the mental side was taking a couple of days to catch up with the physical decline and so, although he was physically improving, mentally he was still when he was at his weakest. He was moved back to ward 6. Hopefully tomorrow we’ll see a further improvement but he’s still to have the drain put into the gallbladder again. He’s still not allowed to eat although he won’t be having surgery.

29 January 2007. After eight days of starvation they finally gave dad some food.

My Dad’s a Goldfish – Sorry for the gap

My last post included an apology for being so late in posting and here I am apologising again. What’s my excuse this time? For a long time I’ve been saying I’m going to turn this blog into a proper memoir and publish it. I thought that, as I have already written up so much of the Goldfish’s story it would be a fairly simple job to edit it and pull it into shape. Silly me!

I soon discovered the blog posts as they have been put up here don’t fit together into a book. Each post has its own narrative arc and stitching them together would make a very bitty sort of book – I knew what I mean. Basically, the whole thing needs to be restructured and after a several false starts I finally managed to find my way into it. While working on the start of the book, I’ve found it difficult to plan blog posts but hope now to get back on track.

I am not going to make any rash statements about when the book will be ready for publication because I know even once I succeed in structuring it properly it will need a lot more editing. I’d like to think it could be ready before the end of the year, though – as long as I don’t lose heart.

I realised, too, that in keeping blog posts to a reasonable length I’ve cut out quite a lot of material, which I think should be included in the book. While going through old diaries I was surprised to realise how lonely I was at times after I’d moved in with the Goldfish; upset at how some friends seemed to disappear and touched when others made an effort to visit.

I looked further back to pre-dementia diagnosis days. Ten years ago the Goldfish (who wasn’t a goldfish then) was admitted to hospital with severe abdominal pain, which was diagnosed as gallstones. Unfortunately, nothing went to plan and his condition became worse, partly because they starved him for over a week while they dithered about whether to operate.  I’ll tell you about that episode in the next post. Soon! 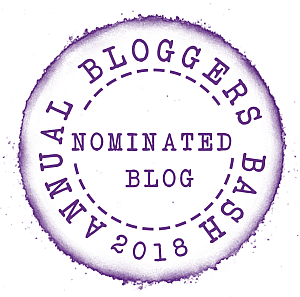